While the great majority of vehicular accidents are those of cars, trucks, and other passenger vehicles, Arkansas’ waterways can be just as tragic as our roads. And, just as most auto collisions are the fault of one or more parties, human error is almost always the cause of water vessel accidents as well. Injured victims of boating accidents, and people who have lost their lives due to others’ mistakes, can seek financial compensation from the negligent party. 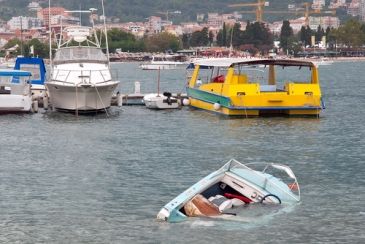 According to the Arkansas Game and Fish Commission 2016 Boating Accident Year-End Report, there is good and bad news. The total number of accidents was down to 48 from 56 the previous year. This represents a positive trend, as in 2012 there were 86 accidents. An accident is defined as causing:

In total, 23 people were injured and there was an estimated $393,000 in property damage. Eleven people lost their lives, two more than the year before. The majority of deaths could have been prevented had the victim been wearing a life jacket. However, just because a drowning victim or injured person did not have a life jacket on at the time of the incident does not mean that the operator will be held legally faultless. Operator inattention was the predominant cause of accident in 2016. Simply not paying enough attention causes the most number of auto crashes on the road and water vessel accidents in the water. The next most common cause of accidents was improper lookout, followed by operator inexperience, faulty machinery, and recklessness.

Surprisingly, the number of BWI (Boating While Intoxicated) accidents dropped by 50 percent. Only 27 percent of boating fatalities involved alcohol or drugs, compared to 55 percent in 2015. While this represents a drastic decrease, and a favorable one-year trend, the fact that 27 percent of fatalities involved alcohol is still too high. Injured passengers of water vessels that were operated by an intoxicated person may have the ability to file a civil personal injury lawsuit for financial compensation. As with driving a car, it is illegal to operate a water vessel in Arkansas with a blood alcohol content (BAC) of 0.08 percent or higher, according to Boat Arkansas. The penalties for boating while intoxicated are as follows:

If you were injured in a boating accident by the negligent actions of another, call 870.782.4084 to talk with a personal injury at Wells & Wells today. Our Jonesboro legal team is prepared to assist you immediately.